We had a good drive up here. We stopped in Alabaster and ate at Chick-fil-a and then stopped in at Wal-mart to get some formula and some ribbon for me to make Kaidi's mobile for her nursery. I also bought a few canvasas so that I can paint as well. We had to take a detour North of Birmingham because of a sinkhole that ended up putting us an hour and a half out of the way. It was a nice scenic route though. When we pulled up at the hotel, Gregg laughed and said, "you know, we didn't turn the radio on at all the whole drive here" I laughed and said, "yeah, my sister is right, we do always sing when we are in the car together instead of the radio" Which, while writing this reminds me of a trip we took back in.. August or September with Ronnie and Ashton. Someone had given us some Brave's Tickets and on the way home from Atlanta, we sang songs the WHOLE way home.. anywhere from tim mcgraw to boyz to men to the b52's! Haha.. anyway.. back to our ride, Kaidi did wonderful. She slept a good bit of the way up. I did have to climb in to the backseat with her about an hour from Nashville because she was getting restless. We arrived at the hotel around 6:30. Unloaded the Jeep, freshened up and headed to the Opry Mills Mall. We ate at The Rainforest Cafe. Kaidi was very intrigued by the fish and the elephants. We had an elephant right beside our table and when it would move she would cross her brows at it. I had a delicious cedar salmon (I have never had salmon before) and Gregg got steak and chicken. After we finished supper, we walked down the hallway of the mall to Outdoor World where we "window shopped" for boats and ATV's! :) We left the mall around 9:30 and headed back to the hotel. Gregg had to do some reading for his training classes today and I started on Kaidi's mobile. We went to bed and slept SO good. This morning we woke up and went and got breakfast from a resaurant downstairs called Old Hickory Lodge. It was ok. They had some really good hasbrowns. :) 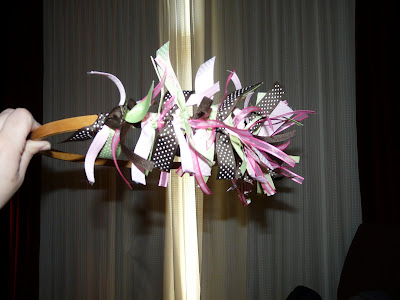 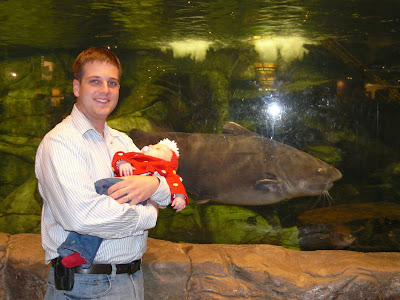 Kaidi and Gregg at Bass Pro Shops in front of the HUGE catfish. 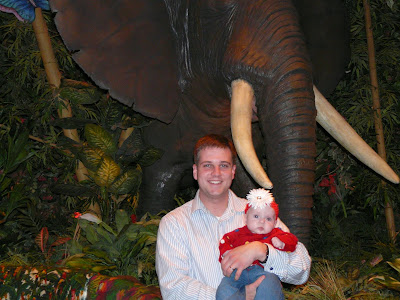 In front of the elephant at Rainforest Cafe. 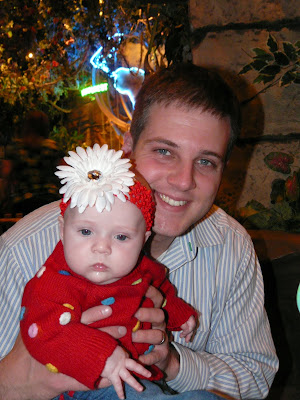 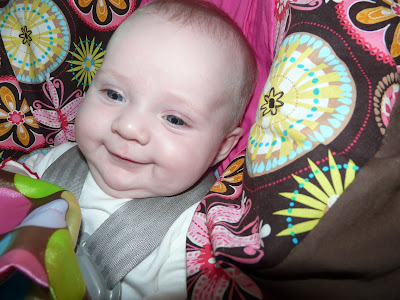 On the way up. She was so pleasant.

How fun! My hubby, little girl and I went to Nashville for a day trip on Monday. We enjoyed Opry Mills Mall too! Btw, the detour from the sink hole on 65 goes through my town. I know it's a super inconvenience for everyone traveling north! :(

We miss y'all already!! What are we going to do this weekend without our besties??!! Love how the mobile is turning out, and we need to go on another long trip so we can sing every song we know!! Read the text Ronnie sent Gregg when he gets back to the room!

Fun! We just ate at Rainforest cafe too. My kids loved it! Looks like you guys are having fun!!

What a sweet video. My little girl loves singing that song too. We sing it in the morning when we're walking to her room at daycare. That way I can get my hug and kiss for the day!