Busy as a Bee

We had a fun weekend! Friday night we had a fish fry over at Ronnie and Ashton's house. Saturday morning I took Kaidi with me to the grocery store and we got some groceries for the week while Gregg and Jay put crown molding and chair rail up in Kaidi's room and crown molding in the dining room. They did a great job. Sunday morning I put some potato soup on before we left for church. I should have put it on when I first got up instead of right before we left, because we ended up having to wait until 1:45 to eat lunch after church! It was ok, we snacked on some Chicken and Biscuit crackers with cheddar squeeze spread! :) After we finished up our soup, we took Kaidi to get her 3 month pics done. I am so anxious to see them! Mrs. Lynda does such a good job capturing just the right moments. She actually did really well during the pics. She got a lil fussy one time and I gave her a little bit of a bottle while Mrs. Lynda changed out the back drop and she was good to go for some more pics!! After the pictures, we went to Georgianna to tak a shotgun that Gregg broke down and completely redid for his Papa Pete. I was able to get some pics of Kaidi with his Grandparents. I don't know that we had any pictures of them with the twins, so I wanted to make sure we got some of them with Kaidi. After we visited with them a little bit, we stopped by his moms house and had supper with them. After supper, we left for home and on the way home we drove by a house that was completely engulfed in flames. I took a pic of it. Kaidi slept so well last night. She got up around 6 for a bottle and then I had to actually wake her up at 7:45 this morning to take her to Gregg's grandparents house! :) Hope everyone had a great weekend. Please be in prayer for mine and Greggs great friends Ronnie and Ashton. They had to take their baby Caroline to Birmingham to have an ABR Diagnostic test done to determine if her hearing loss is mild, moderate, severe or profound. Their older daughter Sara Catherine has moderate to severe hearing loss and they just found that out right before Caroline was born. You can read more about it on Ashton's blog. Just please remember them today. Have a great week!
Here are some pics from this weekend: 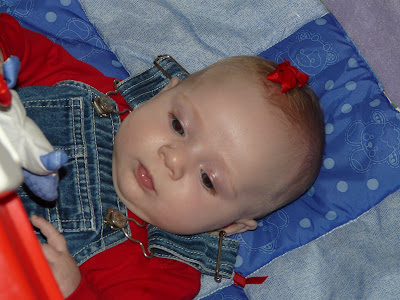 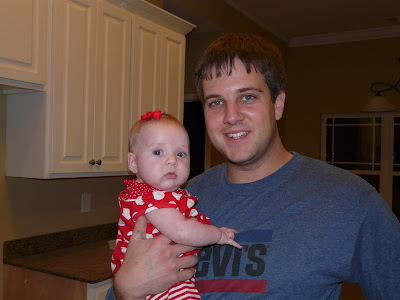 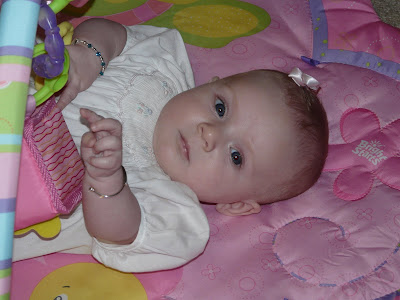 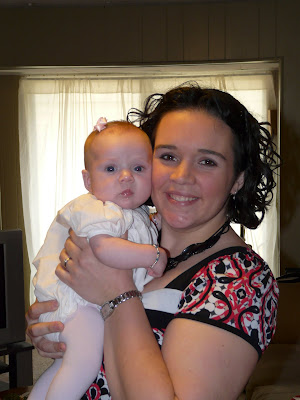 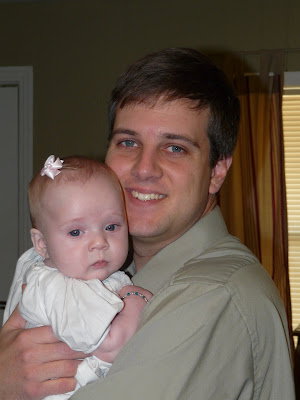 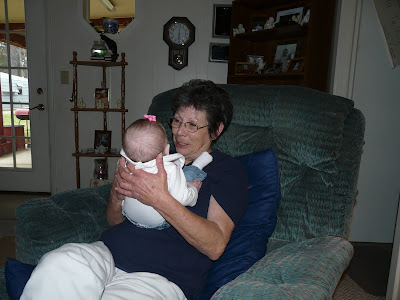 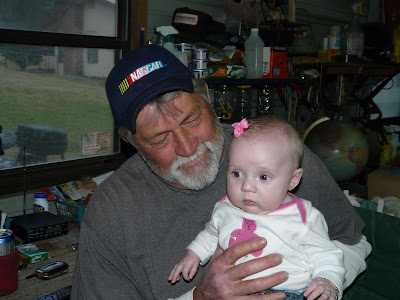 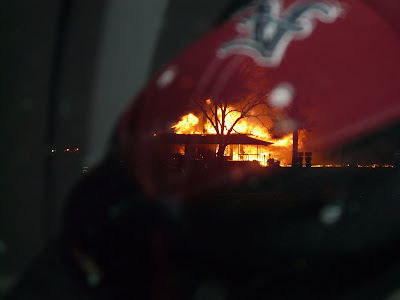 I know this pic is kinda weird because the reflection of Greggs hat
that was on the dashboard, but it a was pretty clear pic of the house burning. 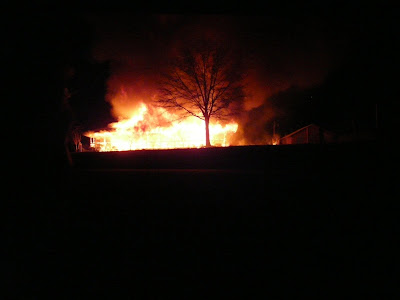 I love Kaidi's little bracelets! So adorable :) She is such a cutie ~ hope things are well for ya'll and can't wait to see pics of the house when its all done.

Man, she's cute! Today she looks like Brayden and Greg :)